The Importance of an Open Mind

I had a chance recently to catch “True Grit” with the family – the remake of the 1972 classic starring Jeff Bridges in the John Wayne role.  Like most, I really liked the original classic, but I was excited about seeing the remake.  I’m a fan of the filmmakers (the Coen brothers – “No Country for Old Men,” “Fargo”) and the film has Oscar buzz, so I was intrigued to see how they would adapt the Portis novel differently. 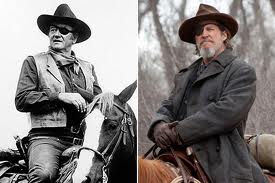 My point is not a movie review, but to share the conversation I had with a good friend beforehand.  I knew my buddy was a huge fan of the original “True Grit,” but despite being a cinephile AND a fan of Bridges, he wasn’t at all interested in seeing any remake.  His reasoning was that there was no reason to fool with perfection, and a new version was completely unnecessary.  After a few minutes talking, I realized my buddy had completely closed his mind to even the potential that the film could be worth his time.

That’s sad to me. The idea that you would close yourself to a new experience, a different point of view, simply because of some self-pronounced boundary or litmus test.  My buddy simply refuses to acknowledge the validity of the film because of his affection for the original.  And nothing was going to change his mind.  He simply closed his mind to even the idea of appreciating the remake.

Such is my fear about our elected officials and some of our own partisan rhetoric.  There is too much of the thinking that nothing good could possibly come from so-and-so, on this-or-that.  And because of this contempt, too many times we stop bothering to listen or trying to absorb what is being said.  We say we’ll listen to other opinions, but really we’re only listening to those voices that come empirically “pre-approved.”

In a time when America faces tough challenges we must embrace the ability to be open-minded.  As the year begins with newly electeds at every level of government, we must hope both the new and sitting can be open to new ideas, new tools, new solutions, a new way of doing things.  It starts with mutual respect.  It continues by listening to each other.  The common courtesies we’re taught as kids.

Now the truth of the matter is that there’s no way to remove the biases and self-selection we bring to everything – even if my buddy had seen the movie, it’s very doubtful he would like it as much as the original, or even like it at all.  But maybe, just maybe, he might respect the effort.  Or maybe he might see one thing the new version did just a little better than the old.  At the very least, he would be able to appreciate his beloved original in a different light.

I’d like to think we are on common ground that we insist our elected representatives keep an open mind.  Even though we want them to stand principled in their values, we should also want them to consider new legislation and new proposals with intellectual curiosity.

Business counselor and educator
View all posts by Chris Perez →
This entry was posted in Uncategorized and tagged True grit. Bookmark the permalink.

1 Response to The Importance of an Open Mind