The Road to Hell is Paved with Government Intervention 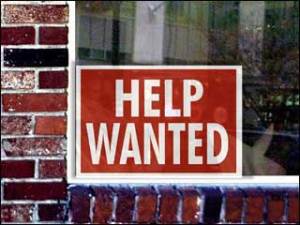 Like many people, I am still digging into the details of the President’s Jobs Bill to evaluate it on its merits. However, the bill may be DOA in it’s current form as it doesn’t even have enough support from Democrats in the Senate to pass, let alone the GOP-controlled house.

One thing that I leanred in the last few days may be a small clue as to why: There is a new law in the bill that would prohibit employers from discriminating against those applicants who have been unemployed for an extended period of time. You can read about the provision in the Washington Post’s article.

Apparently some companies and job agencies prefer applicants who already have jobs, or haven’t been jobless too long. Perhaps they have a perception (real or imagined) that the chronically unemployed are lazy, off their game, or not as motivated.

The National Employment Law Project did a survey earlier this year that found more than 150 job postings on employment Web sites such as CareerBuilder.com and Monster.com requiring that applicants “must be currently employed” or other requirements for current or recent employment status. Keep in mind, that’s 150 out of tens of thousands of job postings – not exactly an epidemic.

But here I want to point out the arrogance of government to think that they know best who employers should be hiring. Businesses want to hire the best person for the job. Period. Whatever criteria goes into their decision making process is none of the government’s business. To think that some politician on Capitol Hill knows more about who a business should hire than the business owner does is the height of arrogance and government overreach.

This is how, in their quest to create jobs, government stifles job creation. Because government doesn’t create jobs, private enterprise does. The best thing that government can do is create a good environment for private sector creation, which mostly means getting out of the way.

As the Washington Post article points out, this new law opens up businesses to retribution from disgruntled applicants who didn’t get the job they wanted. Anyone who has been unemployed can accuse the company of discrimination and file a lawsuit.

“The effort to protect the unemployed has drawn praise from workers’ rights advocates, but business groups say it will just stir up needless litigation by frustrated job applicants. The provision would give those claiming discrimination a right to sue, and violators would face fines of up to $1,000 per day, plus attorney fees and costs.

“Threatening business owners with new lawsuits is not going to help create jobs and will probably have a chilling effect on hiring,” said Cynthia Magnuson, spokeswoman for the National Federation of Independent Business. “Business owners may be concerned about posting a new job if they could face a possible lawsuit.”

It seems that government is better at burdening business than empowering it. The new healthcare bill adds substantial costs to businesses.Starting in 2014, businesses with more than 50 employees will be required to either offer healthcare coverage or pay a penalty of $2000 a year per full-time worker. The coverage offered will also have to meet minimum benefits — covering both a specific set of services and 60% of employee health costs overall — or else employers will face additional penalties.

Free enterprise has made America the most prosperous country on earth. The role of the federal government is to protect our right to life liberty and the pursuit of happiness, not to tell business who to hire and what benefits they must offer. Besides being a drain on business, excessive government involvement in private enterprise is a perfect example of the hubris of bureaucrats and elected officials thinking that: a) they know best and b) they can micromanage American business.

From what I have seen, Washington doesn’t run anything very well, including Washington.

This entry was posted in Uncategorized and tagged can government create jobs?, Discrimination against the unemployed, how government kills jobs, Jobs Bill, Provisions in the jobs bill, purple ground. Bookmark the permalink.